Impact on a Straight Bar

The dynamic phenomena are characterized by the presence of inertial forces during the movement of structural elements, comparable in value with the external loads on the system, as well as such time-varying characteristics as speed, acceleration, loads and deformations.

The analysis of dynamic systems is always more complex than the static calculations. This is due to the dependence of external influences on the reaction of the system, and the properties of the system itself on the characteristics of movement. Difficulties also arise as a result of the fact that it is often impossible to determine the most essential properties of the system in advance, when constructing a mathematical model.

During the impact, a sharp change in the velocities of the system points occurs, and short-term great forces are generated. From the point of view of mechanics, the impact energy provides the possibility of a multiple increase in the load acting on the structure at small displacements.

The condition for the impact occurrence is the presence of a relative velocity of the interacting bodies, as a result of which a momentum and energy exchange occurs. At that, local deformations and stresses arise, propagating by a wave with a sonic or supersonic speed.

Currently, the problems of dynamics are solved mainly by the FEA. Using our calculators, it is possible to calculate the impact loads, displacements and collision times for bars, beams and the most common general viscoelastic model.

After calculation of the reduced mass m0 of "bar-movable element" system, the stiffness K, maximum total deformation X, impact load P, compressive stress σ in the bar and impact time T are determined. If the movable element impacts on the bar under the action of gravity, it is possible to take into account gravity upon impact. 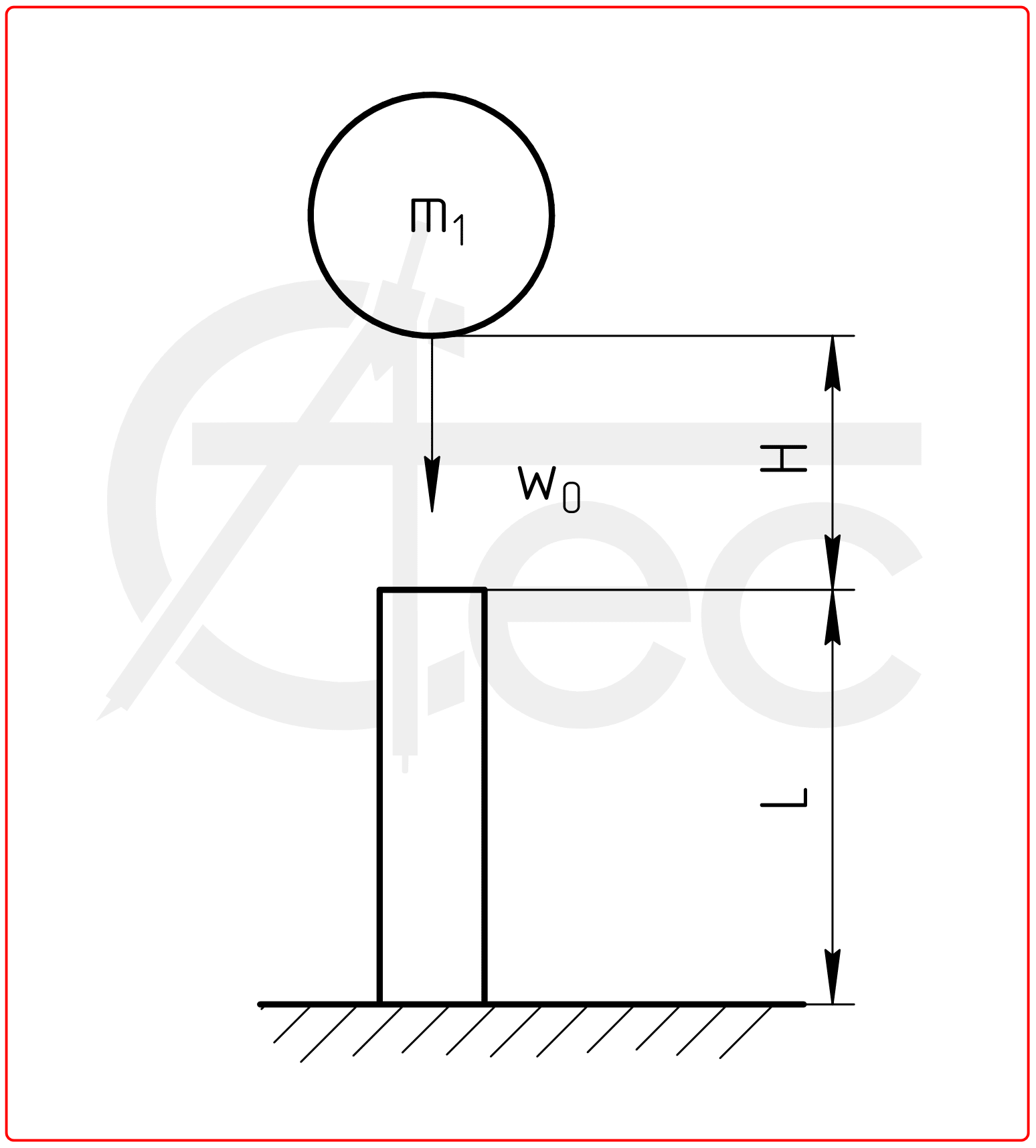 A - Area of the bar cross-section;

Н - Height of the moving element above the bar;

W0tot - the total speed of the moving element and the bar at the moment of impact, calculated according to the law of conservation of momentum.

A - Area of the bar cross-section;

Н - Height of the moving element above the bar;