Heat transfer also depends on the characteristics of the heat-transfer medium. High thermal conductivity reduces the thermal resistance of the boundary layer and increases the heat transfer.

A reduction of the fluid viscosity reduces the boundary layer, which also has a beneficial effect on heat transfer between the surface and the heat-transfer agent flow.

A reduction of the boundary layer also occurs in case of an increase in the kinematic viscosity or the density of the fluid, which also increases the heat transfer.

Also, the intensity of heat transfer depends on the specific heat of the fluid. With an increase in specific heat, heat transfer also increases, as a liquid with a higher heat absorptive capacity is capable of transferring greater amount of heat.

The heat transfer coefficient of a flat surface is calculated using the similarity equation:

In this calculation, the process of heat transfer from a flat surface of length L is considered. The surface is in contact with a fluid flow with dynamic viscosity μ, density ρ, thermal conductivity λ and specific heat Cp. The flow runs in the direction of dimension L with an average velocity W.

As a result of calculations, the convective film coefficient α of flat surface is determined. In addition, similarity criteria for a given design case are determined, including Reynolds number Re, Prandtl number Pr, Peclet number Pe and Nusselt number Nu. 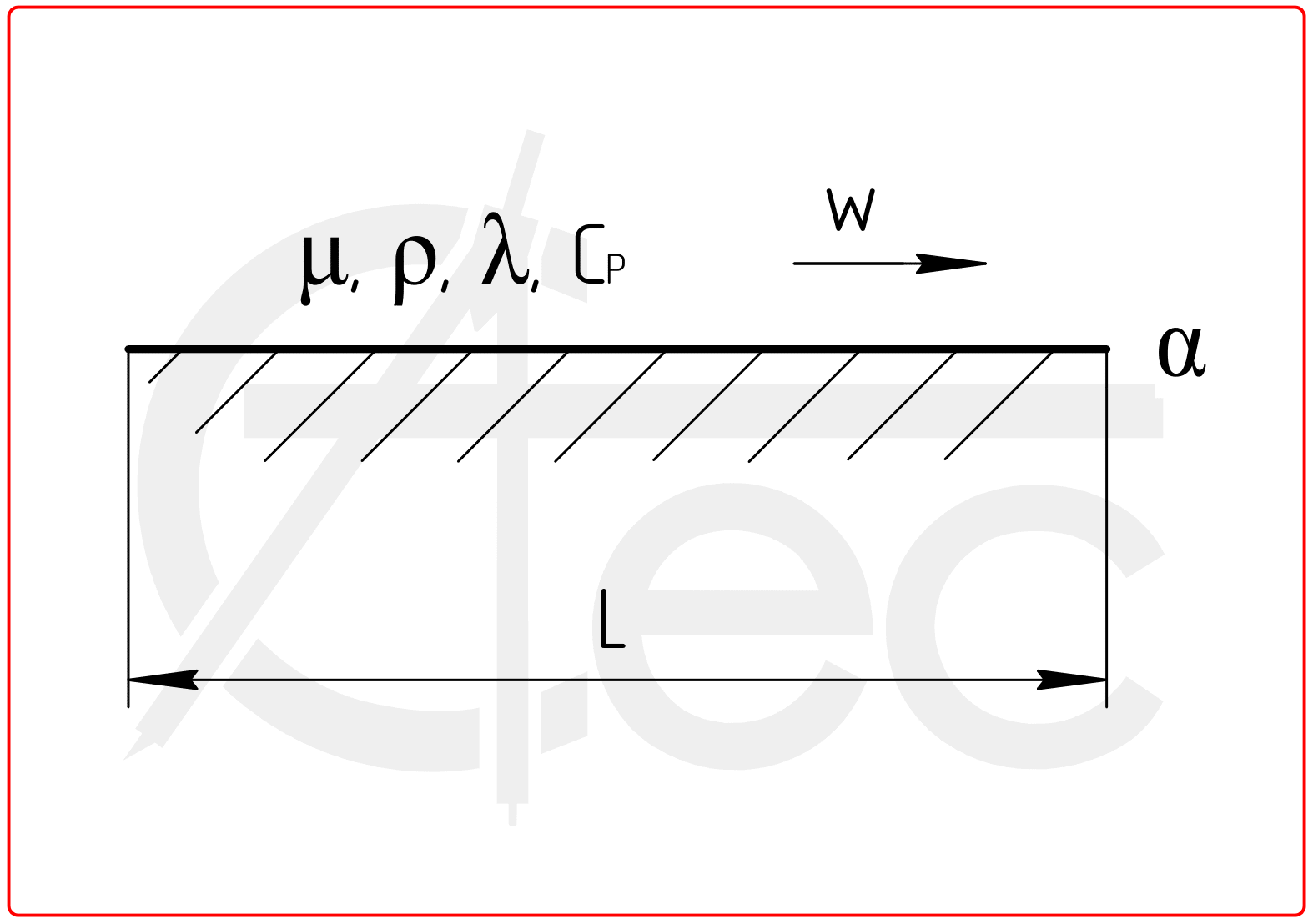