The heat transfer of pipe inner surface is calculated using the similarity equation:

In this calculation, the process of heat transfer from the pipe inner surface of diameter D is considered. The surface is in contact with a fluid flow with dynamic viscosity μ, density ρ, thermal conductivity λ and specific heat Cp. The flow runs through the pipe with an average velocity W.

As a result of calculations, the convective film coefficient α of pipe inner surface is determined. In addition, similarity criteria for a given design case are determined, including Reynolds number Re, Prandtl number Pr, Peclet number Pe and Nusselt number Nu. 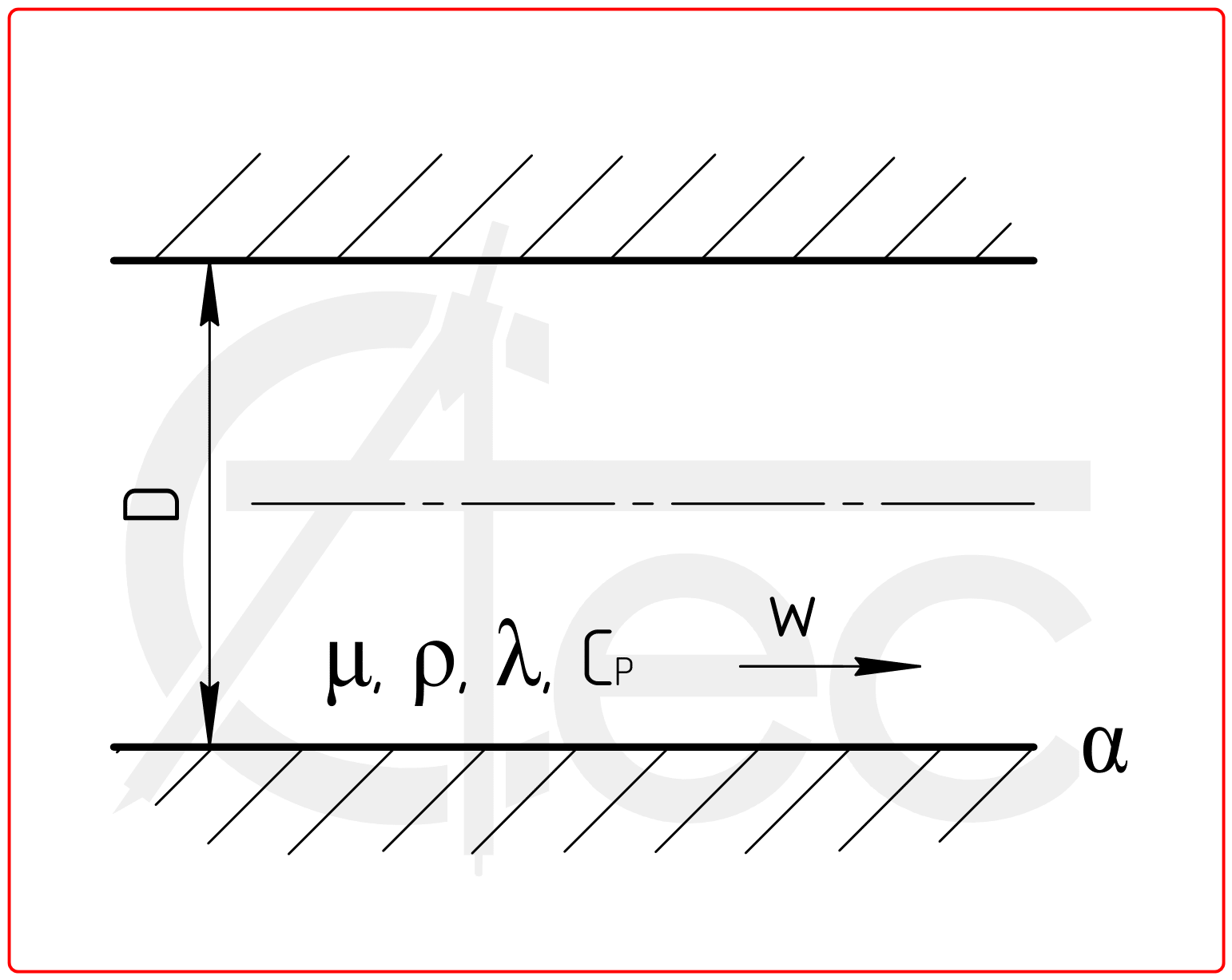