When organizing heat exchange between the heat carrier and a group of pipes located in several rows, the heat transfer process becomes somewhat more complicated. In this case, heat transfer depends on the relative position of the pipes and the row in which a particular pipe is located. At that, correction factors are introduced in the calculation of the Nusselt number, taking into account the location of the pipes in the group:

When calculating the Nusselt number, the similarity constants also depend on the relative position of the pipes in a turbulent flow:

In this calculation, the process of heat transfer from a bundle of pipes of diameter D is considered. The pipes are in contact with a fluid flow with dynamic viscosity μ, density ρ, thermal conductivity λ and specific heat Cp. The flow crosses the pipes at an angle ψ with an average velocity W.

As a result of calculations, the average convective film coefficient α of pipe outer surfaces is determined. In addition, similarity criteria for a given design case are determined, including Reynolds number Re, Prandtl number Pr, Peclet number Pe and Nusselt number Nu.

For the calculation, the number of pipe rows z and the distances between the pipes in transverse S1 and longitudinal S2 directions should be specified. 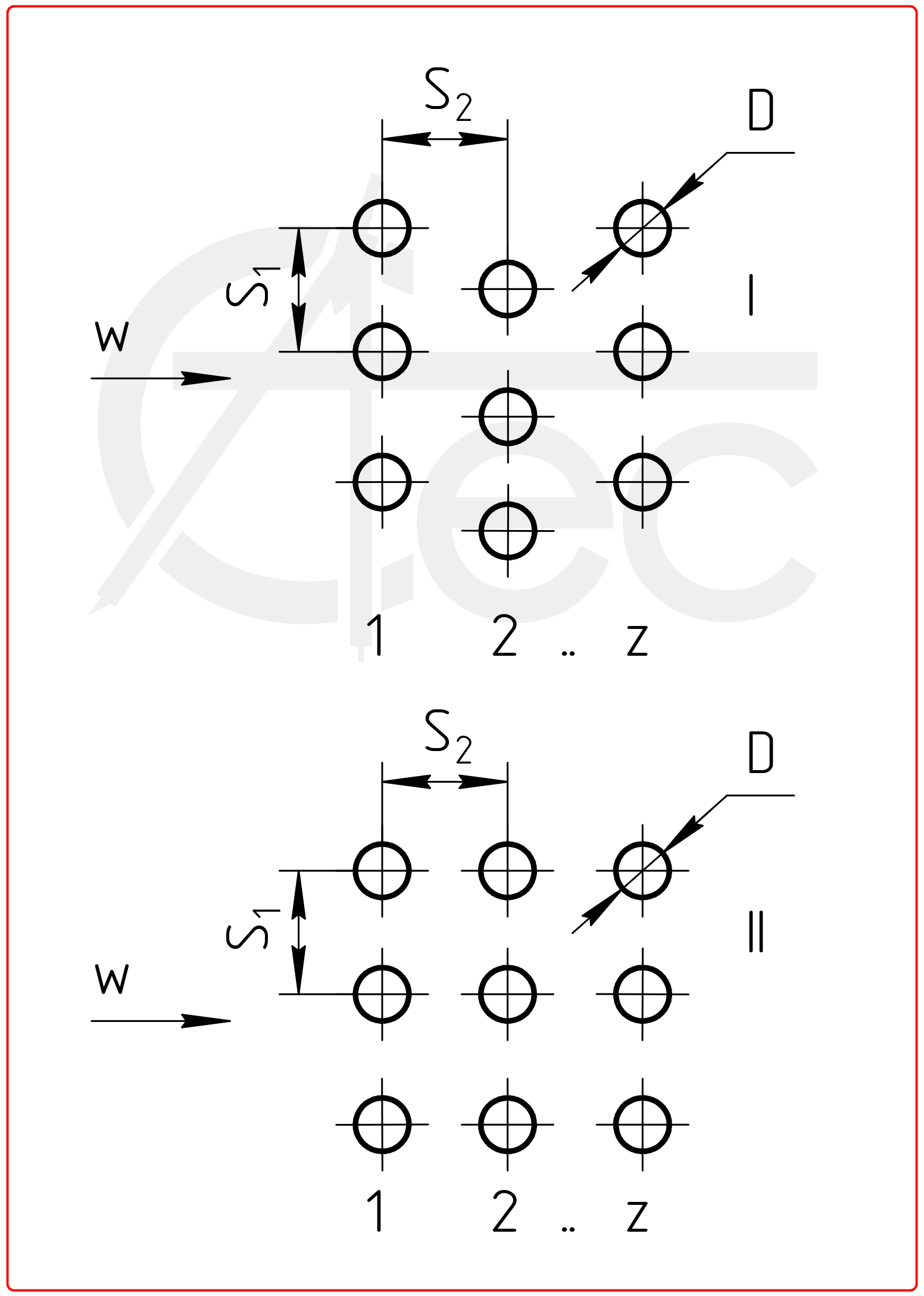 z - Number of the rows of pipes at flow direction;

εψ - coefficient taking into account the angle between the pipe and direction of the flow;

z - Number of the rows of pipes at flow direction;