When the fluid flows in the pipeline, a boundary layer is formed near the pipe wall. A homogeneous flow entering the pipe has the same velocity profile over the cross-section. Then the flow deceleration near the surface, boundary layer formation and velocity profile distortion occur. At that, the flow can be divided into zones: an inlet zone, in which a core with an undisturbed flow exists along with the increasing boundary layer, a stabilization zone, and a stabilized motion zone, where both turbulent and laminar flows, determined by the Reynolds number may exist.

In this calculation, a fluid flow with density ρ, dynamic viscosity μ, which moves with a flow rate Q through a pipe of diameter D is considered. As a result of calculation, the flow velocity Wy is determined at any distance Y from the pipe wall. The Reynolds number Re, thickness of the laminar layer Ul, transitional turbulent layer Ut and average flow velocity W are also calculated. The most accurate results are achieved at Re > 105. 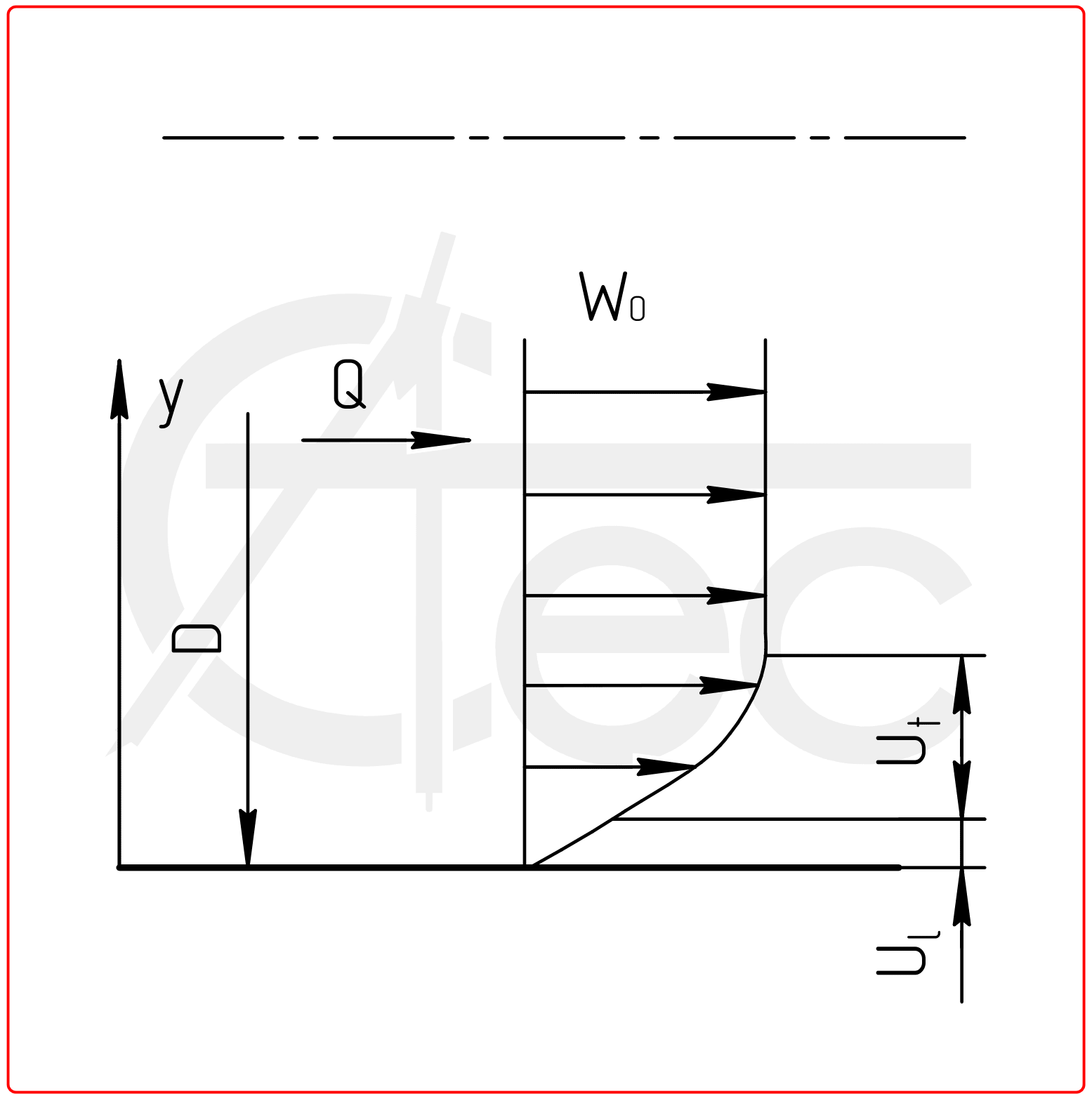 W - Average velocity of the flow;

W - Average velocity of the flow;